dirtSimple.org
dirtSimple.org
Everything I Needed To Know About Life, I Learned From Supervillains
10 comments
Share:FacebookTwitterPinterestRedditLinkedIn 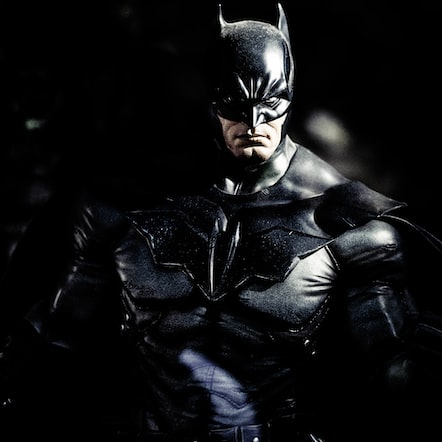 When I was a kid, I thought superheroes were awesome.  And I wanted to be one, ’cause then I could wear a cool costume, fight for the right, protect the innocent and all that kind of thing.

But in the last few years, as I’ve been studying the characteristics that make people successful in “real life”, I’ve come to realize that fictional “heroes” (whether they’re comic-book superheroes, or action-movie leading men) aren’t quite what they appear to be.

And I started noticing something really odd about the messages that Hollywood was sending, in nearly every TV and movie.

Because in them, the people who are successful in life…

Are nearly always the bad guys!

I mean, think about it.  In the movies, the villains typically:

Meanwhile, the heroes tend to:

Ouch!  I mean, if the bad guys weren’t hurting innocent people, and the good guys weren’t rescuing or protecting said innocents…  we’d probably be calling them “go-getters” and “losers” instead of bad guys and good guys!

But I didn’t really think all that much about it, until this past week.  It just seemed like an amusing, cynical observation about Hollywood: that movies are designed to make people feel better about their crappy lives, by allowing them to subconsciously identify with the “good” guys.

But that was only because I didn’t realize just how much this applied to me.

Or that on the inside, I was still trying to be the hero.

And that it was perhaps the single biggest source of pain in my entire life!

But now, I’m getting a little bit ahead of my story…

Earlier this week, I was working with some of my Mind Hacking 101 students on the subject of getting rid of the emotional blocks and negative beliefs that keep them from succeeding.

One of those students had posted to our private forum, talking about his determination to rid himself of all these obstacles…  but fretting a bit about just how many of them there seemed to be.

And both I, and one of the more experienced mind hackers in the Guild, were cautioning him not to turn block-removal into some kind of crusade.  Because one of our principles is, “What pushes you forward, holds you back.”

In other words, anything you feel you must do (because of negative consequences) tends to put your brain into the “pain mode”, decreasing motivation and creativity.

And so we showed him how to identify and fix the real issue – self-hatred! – that was making him turn the self-improvement process into a self-destructive crusade.

But, the inspiring and enlightening discussion between the many Guild members who joined that thread, got me to thinking more deeply about my own motivations for doing this stuff in the first place.

I mean, I knew just what to say to my students, but was I actually practicing what I preached?

My wife had even mentioned, on occasion, that I seemed to treat my own mental and emotional blocks as something to struggle with, instead of approaching them from the same “no big deal” state that I use when I hack other people’s minds, or that I teach them to use themselves.

Hm, I thought.  I guess it’s time for a change.

So I fired up my trusty mind-hacking toolkit and started the process of installing a new mental program: doing everything – block-fixing included – easily.

First, I checked my brain for any possible installation conflicts with the new program.  (After all, the number one reason why most people fail to change established behaviors, is that they don’t look for – or handle – these conflicts.)

But the conflict report that came back from my brain was this:

If you do things too easily, life will be boring!

Now, you’ve probably already guessed that this has something to do with superheroes and supervillains…

But only because I already told you.

For me, though, not having any “spoilers” to clue me in, I had to spend a day or so wondering off and on what the heck the problem with life being boring was!

I mean, on one level, I felt like I could definitely use some more “boring” around here.  But on another level…

I don’t remember all the questions I asked, or precisely how I got there, but at some point in all this, the idea of being a superhero popped into my mind.  And then I started getting some real answers to my questions:

All in all, the superhero fantasy was more attractive to my 7-year-old self (the approximate age where these thoughts originated) than I’d ever realized.  And consciously, it had never even occurred to me that they were anything but idle daydreams and escape fantasies.

I had no way of knowing that, when I adopted this superhero ideal, the following personality traits would come along with it:

So even though I never donned a pair of tights or stalked the night in search of evildoers, I still managed to adopt all these negative traits!

My seven-year-old self also had a bit of confusion about how “right” and “wrong” can refer to correctness as well as good and evil…  thus starting a lifelong crusade to correct other people’s mistakes, too!  (Which didn’t help much with the whole “I work alone” thing, not to mention my ability to trust or rely on other people!)

And this entire scenario was also a classic example of Robert Fritz’s “ideal-belief-reality conflict” pattern:

This then set me up for plenty of installation conflicts down the line, with everything I ever tried to improve about myself.

Because, even in the last few years, when I made so much progress on so many individual blocks, I never saw this bigger picture of how they all fit together…  or why, in certain areas of my life, there always seemed to be new blocks to replace the old ones!

Because the catch in every school of self-improvement, is that there is no way to be 100% sure you’ve fixed the real problem…  any more than you can prove that a non-trivial computer program is…

And so sometimes, you can end up fixing the part of the program that merely displays the wrong answer… instead of the part that calculated it in the first place.

I do have some hope, though, as the methods I teach the Guild are definitely improving.  For example, when I first created my Procrastination Cure course in 2006, I mainly emphasized removing the individual blocks holding you back.  But these days, I focus much more on fixing whatever is pushing you forward in the first place.  And techniques like the Gateway questions (“What’s bad about that?  What’s good about that?  What do you get if you have that?”) do an okay job of establishing context for a lot of issues.

But even the gateway questions can be hit-or-miss when it comes to identifying whether you’ve actually addressed the overall system, or just one part of it.  So maybe we need some new questions like, “What larger patterns in my life is this an example of?”, or “If I had another problem with things like this, what would it be?”  (Definitely something to experiment with in the future.)

For now, though, I just went ahead and used the rest of the Gateway method to eliminate the conflicts behind my need to be a hero.

And as soon as I did, I realized that…

Take Superman, for example.  Instead of using his powers to feed the hungry, stop wars, or fix global warming, he goes around beating up crooks.  What the???  Way to be helpful and positive, superjerk!

Now, the only reason I’m mentioning this is that (Watchmen and Miracle Man aside) these kind of thoughts had never even occurred to me, before I deleted the superhero “ideal” from my brain.  Superman and other heroes were simply good by definition. (To my brain, at least.)

But as soon as I dropped that ideal out of my head, the very first thing that popped into my mind was that superheroes are actually a bunch of neurotic, paranoid, and depressed individuals, full of suppressed rage that they’ve channeled into an obnoxious self-righteousness.  Nobody sane would willingly go out and do what they do…  at least not with that kind of attitude!

And I couldn’t believe I’d actually been crazy enough to model my life on them…  even subconsciously!

So, from now on, my role models are all going to be supervillains instead…  ’cause they sure do know how to enjoy life!

Nah, just kidding.  I don’t really need the management hassles involved in finding replacement henchmen, after I slay them for their incompetence.  And have you seen the rent on secret island volcano hideaways these days?

And so, in the days since I dropped that old ideal, life has become a lot more “boring”…  or as I prefer to think of it now: 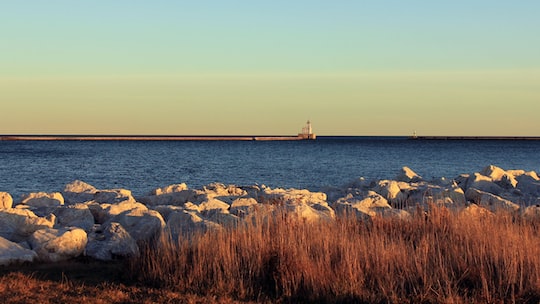 I was in the middle of planning another revision of Thinking Things Done’s chapter 7, when I stumbled across a year-old email from Mind Hackers’ Guild member Mike Brown.In it, he mentioned an article he’d run across, talking about how some scientist... 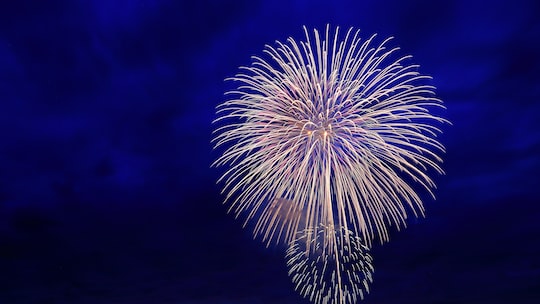 I wasn’t real happy with myself this evening.The MindShift workshop – the first one of the new year – wasn’t going as well as I would’ve liked.  We had a lot of new members, but the topic I’d chosen was a rather advanced one, and I found myself... 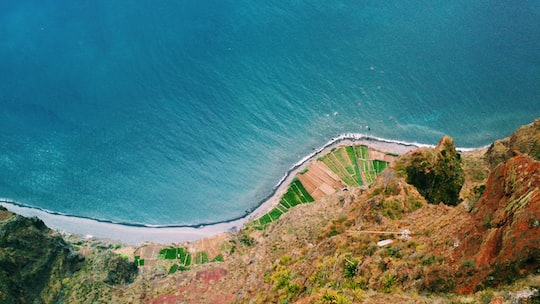 So a couple nights ago, it’s Valentine’s Day, and Leslie and I are talking about what – if anything – we’re going to do that evening.  Eat out, eat in?  Go to a movie?  A show?  What?And as we’re lying there in bed, throwing options back and forth... 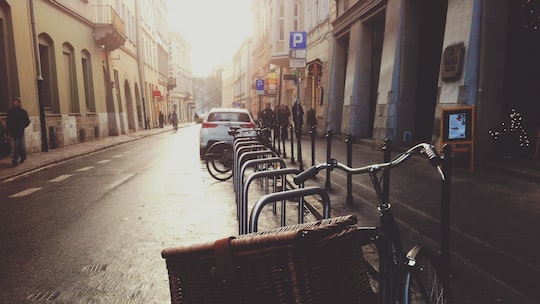