A while ago, I got this email from someone who decided to schedule a consultation with me after reading A Minute To Unlimit You. As I was writing a response, I realized that a lot of other people are likely experiencing similar things, and would benefit from my reply as well, so I decided to share both their email (edited to remove identifying details) and my reply:

I would like to stop being paralyzed by fear. The biggest thing that scares me right now is applying for jobs. I haven’t been able to do it for years. What will I say when an interviewer asks me why I have such little work history at my age? That’s if I even get an interview.

But this paralysis has been spreading through more parts of my life. I used to love doing creative things. Writing, digital art, working on a person programming project. Now, when I think of doing them, usually (not always, but most of the time) I just feel a sinking despair. It has even started happening when I think about playing video games. I think of how I’ll have to apply my mental energy to the game, how I’ll have to plan out my goals and steps, and I just dread it. It feels like I’m contemplating walking up 20 flights of stairs, when it’s actually something I would have previously done for fun.

I also can’t contact my doctor to refill my meds for my depression and ADHD. I’m too scared. Maybe the doctor will tell me there’s some reason I can’t get them, and it’ll either be my fault, or it’ll be the medical system screwing me over, or both.

I read the free book from your website. It sound promising, so I decided to schedule this session.

Hey Paralyzed.  It sounds like you’re close to answering the first quick question from A Minute To Unlimit You. That is, “what bad thing do you expect is going to happen?”

I notice, though, that what your thought process actually is right now is more like, “here are various thoughts that create anxiety in me.”  In order to unlimit yourself from fear, you have to actually describe the bad thing you expect to happen.

Most of what you’re thinking right now could be called “bad”, but they are not bad things you expect to happen.  Rather, they are concerns your brain is raising to avoid even the possibility of thinking about the actual problem.

Consider what I wrote in the book about how I kept thinking “there’s no time and I don’t know what to do”.  On the surface this sounds like it’s what I’m afraid of.  But really, it’s my brain’s complaint about not being able to prevent the problem I was really afraid of: bombing on stage and being embarrassed.

So the real fear is always…

The thing we avoid thinking about!

In your case, for example, you might be afraid that in the job interview, you’ll be embarrassed or rejected or be seen as (and therefore feel like) a fool or a failure.

But since your brain is trying to prevent this fear from even being mentally experienced right now, the “what will I say” question is actually your brain proposing that, as a solution, you must either:

In a very real sense, our brain worries in order to try to pre-emptively solve problems that could lead to some sort of perceived disaster.  But this blocks our creativity and motivation, if the disaster is not one that can be perfectly and 100% avoided (as few problems can be).

So the real first step to addressing our fears is to separate the real fear from our brain’s panicked attempts at preventing that fear from happening or even being thought about. (Even if those attempts also prevent us from pursuing our goals and dreams!)

Once we understand the true fear, we often find that it is something that can’t ever truly be avoided.  For example, when dealing with other people there is always some possibility of rejection or hurt, no matter how small, and no absolutely perfect strategy to prevent it.  (You can’t prevent it even 99% of the time, let alone 100%!)

So the secret to coping with our fears is not to figure out how to stop them from happening, but to make sure that we can handle it if – and when – they do.

When it comes to fears of rejection and criticism, the true source (and solution) of the problem generally lies with the third major motivational module of the brain: the Prosecutor.  In a way, you can call it the subsystem that issues judgments of what people “deserve”.

When we’re growing up, the Prosecutor learns by example what “they” or “society” believe are the “proper” standards of behavior: what people should be proud or ashamed of, as well as what punishments or rewards they deserve.  It then applies these standards to generate our feelings towards ourselves and others, as the generator of both praise and criticism.

When we think of a potentially embarrassing situation, the Prosecutor is the set of brain subsystems that decides whether we “deserve” to be ashamed or embarrassed, according to the standards we’ve been taught.

Without this judgment taking place, it would be impossible to fear criticism in this way.  Imagine for a moment that somebody on the street criticizes you for having a “bloopy walk”, with you having no idea what that means.  Unless being criticized for strange and incomprehensible things is already an emotional trigger for you, your initial reaction to this idea is likely to be confusion or amusement at the crazy person saying weird things.

Without your Prosecutor’s consent!

Luckily, the Prosecutor isn’t a real person who needs to be persuaded.  It’s a machine, one that works very similarly to modern AIs’ blind pattern-matching and extrapolation.  It has a database of experiences it draws on to automatically infer rules and standards from.  And the contents of this database can be changed.

Which means you can “withdraw your consent” to feeling inferior about certain things.

(Provided, that is, that you’re willing to give up the right to feel superior to other people about the same things!)

This catch is because the Prosecutor is mechanical and uniform in its judgments, applying the same rules and standards to both yourself and others.

So if you think that, say, “people who lack the proper work experience deserve to be ashamed”, and you want to stop being afraid of that, then you have to also give up thinking badly (or even pitying) other people in that situation.  (Because pity is another way of thinking you are superior or that the shame is what they should expect.)

However, if you can:

Then you can go from having an unthinkable fear, to having unparalleled freedom.

The freedom of having things you were previously bothered by, becoming just “no big deal.”

So Just How Do You Do That?

Well, that’s what we’ll get into on our call.

Looking forward to speaking with you then, and if you can give any thought ahead of time to what the actual “bad things you expect” are, it’ll help us hit the ground running.  Talk to you soon, and feel free to write back if you have any questions or feedback. 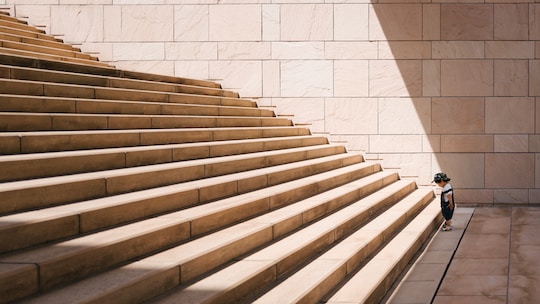 Despite what Marianne Williamson might say, our greatest fear is *not* that we are powerful beyond measure. In my opinion, that’s nearly complete nonsense: a fantasy we use to protect our egos.
But there is a tiny, tiny, *tiny* grain of truth in it.