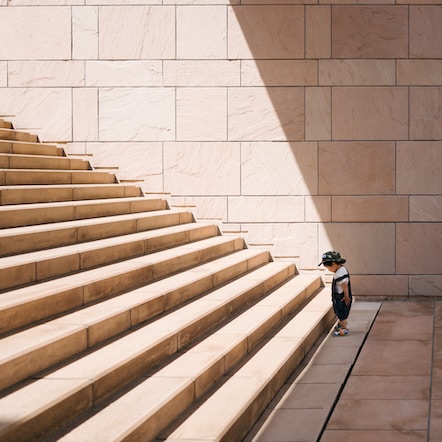 When I first started computer programming, I wanted it so bad I could taste it. I was 13 or 14 years old, living on the island of Montserrat in the eastern Caribbean. It was the early 1980’s, and personal computers just barely existed. I heard about them from amateur radio magazines in the local library, and a few computer science textbooks.

For months I wrote assembly code in a notebook, trying to write my own computer language without a computer. When I think back on it, it’s embarrassing how bad my code was, how incredibly stupid and wrong some of my first ideas were about how computers worked and what different programming language constructs did.

But if I had taken this to mean that I was unworthy to become a programmer, I never would have become one. Desire gave me the perseverance to continue in the face of my mistakes. It was the seed that gave me my skill.

Desire got me connections with the people who had the few TRS-80’s and other computers that existed on the island, helped me convince their owners to let me have time on them. It helped me talk my father into helping me finance my first purchase of a computer, and then it kept me up late into the night, programming. It got me my first, and indeed all my programming jobs since then.

In the same way, your desire to be – whatever it is you want to be – is the thing that makes you worthy of it. When, as Socrates is supposed to have said, you want it like you want another breath of air when your head is being held under water, then that’s how you get it.

But that’s only how it works when the desire doesn’t get twisted and fucked up!

Desire Turning Against Itself

For most of my life, at the same time as I was pursuing this desire to program, I was also operating under the belief that I was a horribly selfish person, cold and unloving and not somebody that anybody would really like.

I didn’t know, you see, that anybody who was actually that cold and unloving, couldn’t possibly notice, or be worried about such a thing.

When we are stuck, it is nearly always because our desire has been turned against itself. Tricked into thinking that we don’t want something that we actually do. And then we tie ourselves in knots trying to prove a negative that can’t ever be proven… except by the very fact that we’re trying!

Stuck is the point where we reach a conclusion, a judgment that we are “not good”.

This judgment can’t go anywhere: it’s a dead end. It’s a conviction – in both the legal and “belief” senses of the word “conviction”. There is no appeal, and we go straight to the jail of being stuck.

And yet, this jail can only hold us because we believe in it. It is as though, after hearing the prosecution’s claims, we say, “You’re right, I’m a bad person. I’d better stay here so I don’t hurt anyone.”

As if a bad person would care!

You think you can’t.

You think you don’t know what to do, or how to do it.

You think you will fail, or be rejected.

And yet, it is not these things themselves that hurt. The real hurt, the one we feel but do not speak aloud, is in our belief that these things are proof.

Proof that we are bad, unworthy, or incapable of love.

Problems Are Not Proof

But good, worthy, and loving people also “can’t”, sometimes. They also don’t know what to do or how to do it. They often fail, and get rejected.

And then, it doesn’t stop them.

Because it doesn’t prove anything.

Not about them as a person, and not even about what they can do next.

“I don’t know what I should do.. but I can think about it. And I can choose.”

“I don’t know how to do this… but I can try, and figure out what works. Ask for help. Practice.”

And so many other things.

“I failed… and now I know one more thing that doesn’t work. What else can I try? How can I use what I learned to do better?”

“I was rejected… and now I know there’s not a good fit there for what I have to offer. Where can I find a better fit?”

And maybe these words all sound hopelessly naive, stupidly optimistic, or even like complete bullshit…

But only when we feel in our heart that we can’t say them!

Because, deep inside, we know something’s wrong with us.

Fear Is Proof of Love

And yet, there is no truer definition of who you are than what you love. If I did not value the writing, I would not be a writer. The fear itself is proof: not the fear you won’t like what I wrote, but the fear that I will fail to express what is in me. That I will not have done justice to the ideas.

But nobody could find that so important and not be a writer!

When we people-please to prove that we are loving, it’s because we fear we are not loving, not pleasing enough in ourselves. We doubt the quality of our love, not realizing that only a truly powerful love could so distort our sense of self-worth.

We are not broken because we have failed to love. We have rather loved so much, that we broke ourselves in the service of that love.

It is as though we said, when our parents called us selfish and uncaring, “Yes, mother. Yes, father. If that is what you say, it must be true. And for the rest of my life, I will strive with all my might to be worthy of you… no matter what it costs me.”

Feeling lazy and worthless, we work hard to prove we’re not lazy. And yet, what truly lazy person would put forth so much effort?

You Already Have The Power

You can only perceive that quality because you already possess some form of it. And only through the having – and using – of that same quality could you make yourself so stuck!

If I couldn’t persistently work hard, I couldn’t have made myself so stuck at trying to achieve… I’d have given up on improving!

If I didn’t love deeply, I couldn’t have hurt myself so badly, trying to please others.

And if I didn’t care about details and quality, I couldn’t have beat myself up so badly and so often over my failures to achieve perfection.

But the mistake I made, in each case, was thinking “first I have to do this thing, and then I will have the power”.

When in fact, merely wanting that thing meant I already had the power!

Now don’t get me wrong. I’m not saying the desire for skill means you already have skill, any more than a desire for food means you’re not hungry!

What I mean is that the thing we think we’ll get from doing something, is something that already exists inside of us. It’s a seed, that – with proper care – will only grow.

Despite what Marianne Williamson might say, our greatest fear is not that we are powerful beyond measure. In my opinion, that’s nearly complete nonsense: a fantasy we use to protect our egos.

But there is a tiny, tiny, tiny grain of truth in it.

We aren’t afraid of being powerful. We’re afraid that the process of growing will remind us of our current inadequacy.

If I try to get better at writing, I will have to be able to notice my flaws.

If I try to become more confident, I will notice my fear.

(And my clients who are trying to improve their businesses, will notice what they’re doing wrong, or not doing at all!)

So, if we are trying to get better at these things because we fear inadequacy, then we will also fear the process of growth.

And we’ll be stuck between a rock and a hard place: afraid to go forward, yet also unable to stay put.

So there’s a grain of truth here to that other old self-help saw: sometimes, to change, you really do need to be able to accept yourself as you are.

(But of course, our fears of inadequacy don’t like that idea one tiny bit.)

The Secret of Becoming Unstoppable

The truth is that neither pushing forward with trying to improve, nor sitting around trying to accept yourself as you are, will accomplish much of anything.

That’s because both routes lead to a kind of mental “flinch” that happens, each time we are reminded of our perceived inadequacy.

We flinch from self-acceptance, because deep down, we don’t believe we can be acceptable, unless we can do or be “enough”.

And we flinch from self-improvement – grinding our gears and constantly stopping and starting – because it reminds us of precisely how “not enough” we currently are.

And so the only thing that can change our situation is to face the flinch.

Now, this doesn’t mean forcing yourself past the flinch! (You and I both already know that doesn’t work.)

What I mean is facing the flinch, so you can see it. Confront it. Come to terms with it.

We don’t believe we could bear it being real, if it meant that we were unlovable, incapable, unacceptable, unworthy…

So the flinch is our mind’s way of hiding the fear away. Our mind disguises the fear as much as possible, even going so far as to fake up some positive ideas to think about instead: goals, plans, and aspirations. (Or it makes up rubbish about how our deepest fear is being powerful beyond measure!)

Then the flinch ceases to have any power.

Think of it as a kind of blackmail: your mind will do anything to keep its awful secret from being exposed… until the secret is actually exposed, at which point, there’s no longer anything to hide!

And while this won’t always make the fear disappear altogether, it will definitely cut down on the flinching: the constant grinding sense that “this isn’t working,” “I can’t do this,” and “I’m just not good enough”, whenever you try to self-improve or self-accept.

So find that flinch.

And you can finally be free.

P.S. Finding your flinches and facing your fears is a key part of the first step in The Nine Steps To An Unstoppable You.

After nearly a decade and a half of research, experimentation and practice on myself and dozens of other people in the Mindhackers’ Guild, I’ve created a simple, nine-step process for slashing the time you spend in P.A.I.N. – Procrastinating, Anxious, Indecisive, and Not getting results! – so you can become the person who can achieve your goals.

A person who can’t be stopped by anything for long.

Not even your own mind!

In the months to come, I’ll be sharing a whole lot more about the nine steps, the root causes of P.A.I.N., the “brain bugs” each step solves, and the “stoppers and symptoms” that keep us from making persistent progress towards the goals we most deeply desire.

And, I’ll also be offering a chance for a select group to participate in the 2021 edition of Unstoppable U.: a virtual bootcamp that uses the Nine Steps to change people on a deep level…

So they can hurt less.

Hope to see you there soon! 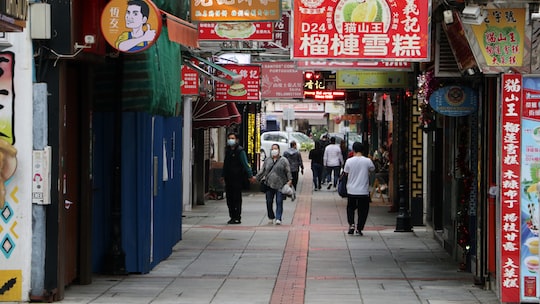 How To Cope With The Terrible, Horrible, No Good, Very Bad Things

In times of crisis, it’s easy to become hesitant and indecisive. To be paralyzed by fear, worry, or stress. The good news: there’s a quick solution. (But you may not like it very much.)