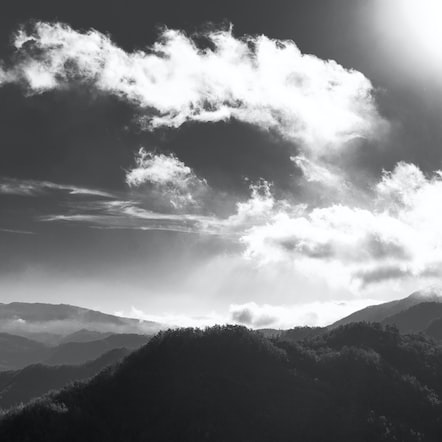 A couple of nights ago, when we thought a hurricane was headed our way, I went out around the house with a flashlight and a broom, knocking down wasp nests from the hurricane shutter frames.

And my mind went back to hurricane season a few years ago, before we had shutters, and we’d never boarded up before either.  And we didn’t know if the way we were putting up the boards was right.  Didn’t know if they’d hold.  And especially, didn’t know if we’d finish in time, before the killing winds arrived.

The rain was already pouring down, and the storm was due in mere hours.  I was sweltering under a makeshift poncho, arms and shoulders aching, fingers sore from the vibration of the hammer drill as it drove into concrete.

At that point, only about half the windows were covered with plywood, so my wife – the voice of rationality – suggested that maybe we should leave and go to a shelter.

“No.”  I shook my head, tears starting to form in my eyes.  “You go ahead, if you need to.  I’m going to stay here and finish this.”  I paused a moment to let my throat clear before I continued.  “I’m tired of running away from things when they get too difficult.  I’m going to keep working, even if the storm comes and I get blown away holding a piece of plywood.

“I’m going to save our house or die trying.”

I didn’t know it at that moment, but I’d just changed my life forever.

Now, if I were one of the Guilt-trip Gurus of Uncertain Success, I would probably tell you that it’s because I made a commitment, blah blah blah, and you should make commitments too.  But that’s not at all the point of this story.

When I look at the stories of the gurus, the people who purport to tell us how we should live our lives better, I see three patterns:

There is not much we can learn from category 1; if you’re not already successful, it doesn’t help.  And category 2 isn’t much better.  After all, Even if you go to the same guru as they did…

It Doesn’t Guarantee The Same Experience!

Now at first, category 3 doesn’t seem to help, either.  If we want to have the passion or enthusiasm of a Tony Robbins, for example, do we first have to be just as fat, broke, and alone as he was when he got his shift?  Should we wash dishes in the bathtub and listen to Neil Diamond?

Or is there something else that we can learn from these “inspiring” stories?

Now, common wisdom holds that when you have a near-death experience, or a major loss, this causes people to “value life more” or “see what they’re missing.”  But I know for a fact that this is not the case.

See, I had been through a major loss before, about 20 years ago.  And like Buckminster Fuller, who turned his life around on the brink of suicide, I’d even contemplated killing myself back then.

But Fuller and I stopped before the act for different reasons.  And the difference between those reasons, is why I didn’t turn my life around 20 years ago…  and why I did, starting in 2004.

While Others Just Lie There!

Now, in many self-help books, you’ll find the classic “burn the ships” story…  live free or die…  win or die trying, all that sort of thing.  The Hardassian gurus are particularly fond of these kinds of stories, because they want to illustrate the attitude they think you should have.

That’s because when someone who’s naturally successful reads that story, they see an example of something they know and understand.  They nod to themselves, “yes, of course!”

But when somebody who is naturally struggling reads that same story, they are much more likely to think, “I haven’t got that kind of commitment!”

So what’s the hidden meaning in these stories?  What is the true essence of these loss and redemption, do-or-die experiences?

The answer is simple.  At least, it is…

If You Already Understand It!

See, it all goes back to the pain brain vs. gain brain thing.  When our brain believes that failure – or more precisely, loss – is likely, it engages a resource-conservation mode that makes us act much more cautiously, to avoid investing effort or taking risks.

This mode acts as a damping override on our ambitions and desires, too, causing us to be less certain of what we want, more fearful, and less likely to commit to anything.  Our first response to thoughts of action will be to hesitate, to “wait and see” how things are going, or to keep looking for a “better” opportunity.

Now at first glance, this might seem at odds with the idea that people turn their lives around after a loss.  Shouldn’t it make things worse?

Ah, but you see, here’s the catch: the “pain brain” isn’t engaged by actual loss or failure.

It’s The Anticipation Of Loss Or Failure!

Do you see the difference?  Once you’ve actually lost or failed, it’s positively a relief by comparison to the suffering you go through in anticipation of the event.

During that summer a few years ago, I coined a new phrase: “indecision is suffering”.  See, my wife and I quickly learned from the repeated hurricanes that the pain of putting up shutters and maybe having them up too soon or too long, was much less than the pain of continually wondering whether it was time to put them up yet!

The arrival of a hurricane, the damage, the power outages, all that stuff, was usually a relief by comparison, to the suffering that anticipated it.  Once you’ve actually been through it, there’s nowhere to go but up…  or so the conventional wisdom goes.

But if that were really the case, why doesn’t everyone bounce back after “hitting rock bottom”?

Well, it’s actually good that they don’t, because it means it’s not the act of “hitting bottom” that causes the change.  And that means we don’t have to lose everything, just to become a winner!

The difference, you see, is in anticipation.  Buckminster Fuller turned back from suicide because, in effect, it occurred to him that, “well, hey, I’m not using my life anyway, so what if I tried to see how much good I could do for the world?”

Or in other words, he realized that if things couldn’t possibly get any worse…

They could only get better!

In contrast, when I contemplated suicide 20 years ago, I turned back because I was afraid I’d botch the job and end up even worse off.  So clearly, it’s not getting to the bottom that counts.

It’s what you think when you get there!

And without that particular piece of information, it’s all too easy to take my hurricane “commitment” story the wrong way, as a parable about being willing to “do or die”, or something like that.

In fact, at first, I learned the wrong lesson from it myself!  And so, even though I call it the beginning of my turnaround…

It was far from being the end.

And I’m somewhat hesitant to repeat the tale, because when I alluded to it in the preview edition of  the new ebook I just released, some reviewers commented on it very negatively.

One said, “Oh, I thought you were different, but you’re just doing the old ‘buying this means you’re a winner’ scam.”

Well, yes, I was.  Thing is, it’s true…  and my realizing it was true, and buying the damn coaching already, was what really turned my life around.  Not the coaching itself, mind you…  not directly anyway.

The coaching helped me in my business, of course, and it still does so to this day.  But the thing that turned me around,  was the decision to bet on myself.

Now back at the time, I didn’t fully understand this.  I was angry at Matt Furey for having the gall to state such a stupidly obvious and transparent sales pitch as “buying makes you a winner.”

But damned if he wasn’t right!

See, it’s not even really the act of buying or even deciding to buy that does it.  If you do it because you’re afraid of losing, then it absolutely won’t make you a winner!  And if you do it because the product or service is inexpensive enough that you don’t feel like you’re really risking something anyway, it also doesn’t work.

What makes it work, when it works, is if you decide you’re willing to take the risk anyway, because you want something badly enough.

In the hurricane, I wanted the house (and certain of its contents) to survive the storm, and I was willing to take the risk to get that outcome.

You see, this is the loophole that lets you change without having to hit bottom first.  The people who bounce at the bottom, do so because they realize that – like Buckminster Fuller or the soldiers whose ships were burned – they have nothing left to lose.  And so, they become willing to take risks.

Conversely, when I turned back from suicide, it was because I feared something worse.  That is…

I still had something left to lose!

But this is where the loophole comes in.  See, you don’t have to have “nothing left to lose”, in order to be willing to risk.  You just have to either be okay with losing, or not expect to lose.

And how do you do that?

Next time: What Makes A Person Naturally Successful?

P.S.  In the meantime, if you haven’t already seen them, you might want to check out my new video and ebook, or the website for my upcoming “Thinking Things Done” book launch.  I’m really excited by how much the process of working on the videos and book has given me an even deeper understanding of the essential elements of success.

So far, of course, I’ve only shared a very tiny bit of that understanding with you in this article.  So stay tuned here and at ThinkingThingsDone.com for more! 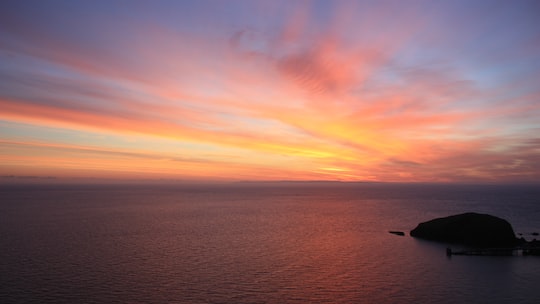 What Makes A Person Naturally Successful?

I felt like I was living a lie.These past few months, I was supposed to be working on my new book, Thinking Things Done.  But somehow, I didn’t seem to actually be getting anything done on the book itself!Sure, I made videos, tons of notes and...

The Case of The Guilt-Trip Gurus

I get a lot of emails from people who are struggling to change their lives in one way or another: losing weight, quitting smoking, getting fit, fighting procrastination, changing careers, and generally trying to live their dreams.And I’ve been...