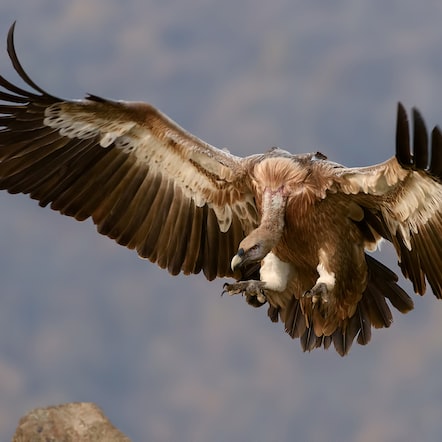 The Dead Line Up

In the back of my head, that’s what I’m thinking/feeling, as I browse Bloglines one more time.  I’ve set myself an impossible amount of work – well, not really impossible, just well beyond what I usually do.  And some part of me is seriously freaking out.

I was doing okay at first, until I realized that the month is practically half over, and this is the last full weekend I’ll have to work on the year-end wrapup materials for the Owners’ Circle.  I’ve got two newsletters left to write, two CD’s left to record, and a few items that I wanted to create as surprise gifts for members.  At this point, all I have done is outlines for the newsletters and CDs, and a sketch for one of the gifts.  Oh yeah, and I was going to review my notes for the workshop I’m giving on Saturday, too.  Peachy.

Ever since I first started giving workshops almost a year and a half ago (has it really been that long?), I’ve had a sort of love-hate relationship with the work.  I seem to panic before every deadline, and to do some sort of last-minute heroics in order to get everything together on time.  Since I added the monthly newsletter and CD to the mix, I have even more to panic about every month.

“What kind of self-help guru am I?”

And without fail, along with the deadline blues comes the self-doubt and self-pity – even as I find myself spending time on other things.  Useful things, enjoyable things, sometimes even important things, but not the things I intended to spend time on.  (Like, for example, writing this article.)

“There’s no way I’m going to finish this.”

But as I wrote about in the last Circle newsletter, I recently made myself an important promise: never to force myself to do anything, ever again.  Because I’ve realized it doesn’t help me learn or change anything.  Understanding, on the other hand, does.

“Why am I so stressed about this?”

I know I can do what needs to be done.  I actually wrote the last newsletter in a single afternoon, and laid it out, printed and shipped it the next morning – a new speed record for me, and one I acheived precisely because I made that promise.  So why am I stressed?

“What am I thinking about?  What am I picturing?”

I get out a pencil and a pad of paper.  I am the Life Mechanic;  I know how to do this.  I write the question down, quiet my mind, and prepare to “trust my feelings”, like Luke getting ready to shoot down the Death Star.

I get images, of previous deadline rushes, mostly at work, mostly from a good 15-20 years ago.  I recall being a young programmer taking on an overly-ambitious project, and feeling stupid and embarrassed, when, “halfway through”, I realized I had no idea how long it would take to finish my project or if it even could be finished.

I remember working late into the nights after everyone left, not because I wanted to be there (the way I did when I first started programming), but because I knew the boss had trusted me against his better judgment, and was disappointed in the results.

“I forgive myself for not being able to finish.”

So I try out the magic words now – magic because I still don’t know what the word “forgive” really means – but when the words coincide just right with my state of mind, it has worked absolute wonders for me and other people.  I feel an easing, a slight relaxation, but not enough to release the iron grip of tension in my shoulders, my legs, my back.  I turn my eyes back to the notepad, where I’ve been writing the thoughts and impressions as I go.

As I trace the feeling of tension backwards through time, I don’t get many hits, but they’re strong ones.  Struggling to complete a home remodelling project before it was time to move in, struggling to move out again to go to Florida.  The ill-fated workshop I tried to conduct in college, and maybe a little of my early school days in Montserrat, having skipped a few grades and starting in the last month or two of the school year.  A third-grade science project my father ended up doing for me the night before the science fair.  And then…

“My parents are coming home!”

I get a really big hit, from childhood in Hawaii.  No real details.  Just a sense of total panic, an idea that I’d made some kind of mess, and was desperately trying to clean it up before my parents got home.  A vague idea of shame when they got there and found the mess.

And then, relief at my finding this mess, here and now.  Because even though understanding doesn’t automatically bring change, it certainly enables it.  Among computer programmers, only beginners and incompetents would try to fix a bug without first trying to understand how the bug works.  The same is true, IMHO, of those of us who help people fix the bugs in their brains.

Finally, the tension begins to let go.  I can be aware, now, that my situation is not the same as it was.  My emotional brain has simply been bringing up states that match a pattern template – no big deal.  Some reassurance, acceptance, and letting go, and the template is dropped.

And I take a few moments to reflect on how this pattern has influenced my career as a software developer.  I’ve been responsible for teams before, but I’ve avoided positions where I’d have had any responsibilities whose outcomes I couldn’t control.  I always arrange and define my projects so I have fallback positions that allow me to meet deadlines without appearing to be late.

In some ways, this has been a positive thing, and certainly it has kept clients and employers happy.  In others, it has been an extremely negative thing for me personally.  Whenever I did commit to a project or deadline, it was always with hesitation and with a background sense of urgency and panic – all the way through the project.  It was stressful, it was painful, and it was all so unnecessary.

There is a paradox about these “brain bugs”: we don’t think we can do something, and then we really can’t.  Even if the only thing stopping us is that feeling.  A self-fulfilling prophecy, a glitch in the matrix of our minds.  A word is made flesh, and dwells within us.  Then a window opens on the Source, we change it, and move on.

Life, oddly enough, is only a big deal when we make it one.  And it doesn’t matter if that big deal is positive or negative: an excess of hope and enthusiasm around something you’re trying to change is usually just as indicative of a problem, as the despair and recrimination that follows the inevitable failure.

What successful people have in common is an efficiency of movement, a lack of fanfare, the sheer ease with which they perform.  If someone isn’t making it look easy, they’re not very good at what they do.

So I’ve learned to enjoy the paradox: when I help someone change, they’re inevitably puzzled and surprised at the moment they realize that what used to be a problem is now “no big deal”.  No excitement and enthusiasm, no struggle and frustration, just…

Even when I do it to myself, like now, like today, I am still surprised.  Success and victory are not in the moments of great excitement and elation, but in the quiet moments where we sit down, and get to work.

I smile now, and turn to the computer.  Yes, I have a lot to do, but I can make enough time to blog about this.

Though the “dead line up” behind me, my future is still ahead. 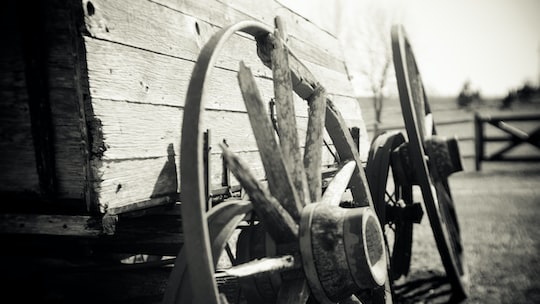 After Christmas, I tried to write a couple of articles to post here before the new year.  One about the nature of reality, the other about death and transcendence and the meaning of life.  And maybe it’s because I was sick at the time, or maybe it’s... 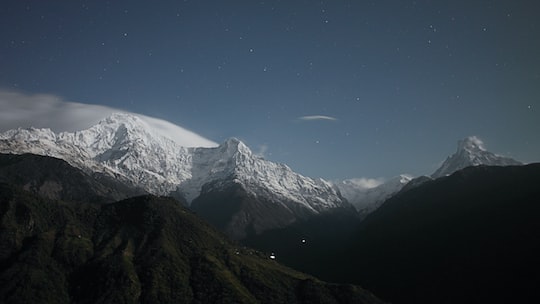 I don’t usually do articles that just link to and comment on other people’s articles, but in this case I’ll make an exception, for this rather provocative article: “Lost Purposes”.I have to disagree with the author about one thing, though.  He...